freighters and four B757-200SF air freighters in total, with the latter as chartered planes for mail transport. Besides, Air China Cargo also enjoys the

exclusive operation of all airliner bellyholds from Air China.

By December 2015, with Beijing and Shanghai as hubs, Air China Cargo had launched international, domestic and regional cargo flights to Europe’s

Air China Cargo is the first and the only Chinese airline that allows captains who retire from  the company to be re-contract on one year contract,

which can also be extended twice. Hence the captain can fly to the age of 63.

-Current on type within 12 months

-ICAO English Level 4 or above

-Must be from a country with diplomatic ties to China

-No records of flight incidents/accidents, no license limitations

purpose of validation of his license is still current. 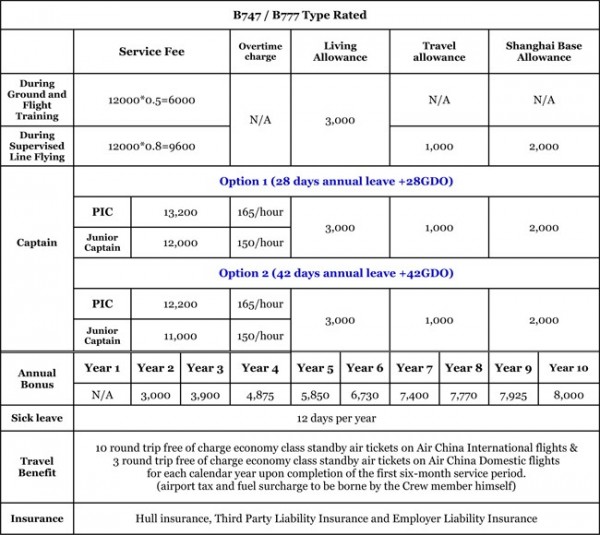 Please send us the following documents list as below:

6. ICAO English Level 4 or above

*The study materials will be provided after you submit all the required documents to us.

Candidate should go through the following process before employment: